How to Be a Creative Thinker 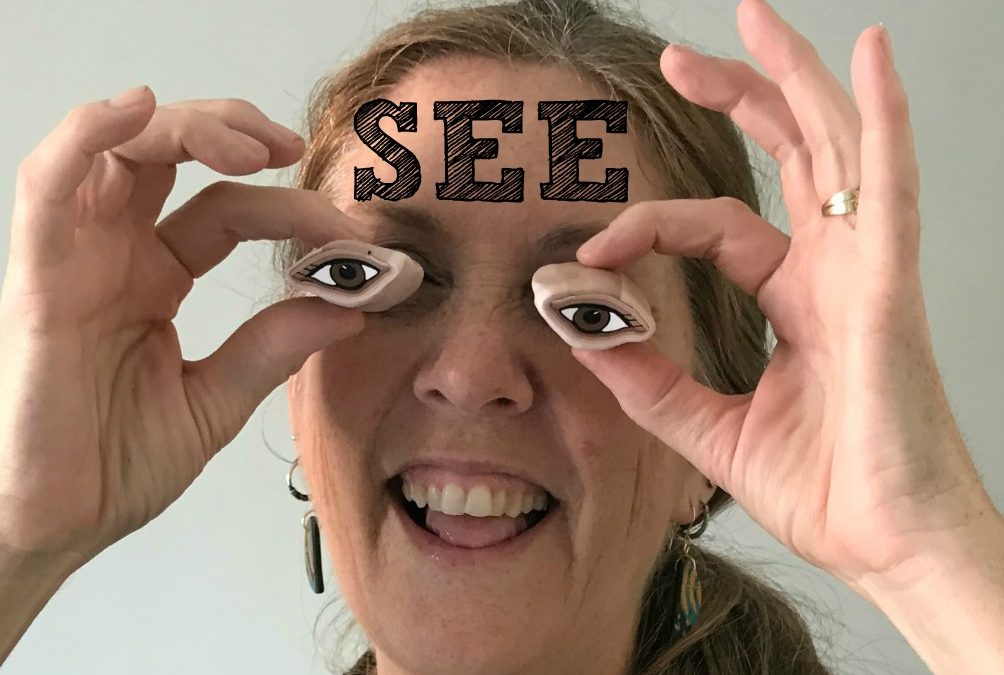 What creative things have you been working on?  What creative solutions have you discovered during this time of isolation?  Please share in the comment HERE on my website.

Have I convinced you, your kids, and grandkids to take the time to draw and paint yet?  That it is a visual skill to be learned which increases our ability to express ourselves beyond words and to communicate deeply with others.  We also need this training, this practice, to learn how to think visually and creatively “outside the box”  of what we already know, our past experiences and beliefs to see creative possibilities to solve our problems and world problems today.

The amazing person, genius, I want us to look at today to see if there was a connection between visual thinking and genius in his life,  is Albert Einstein.  Einstein thought in pictures rather than words. His great breakthroughs came from visual experiments performed in his head rather than the lab.  For example, when Albert was 16 years old, he tried to imagine/picture in his mind what it would be like to ride alongside a light beam.  He imagined it in his mind and wrestled with this “thought experiment” for 10 years until he came up with the special theory of relativity.  In these “thought experiments”, he would see and feel a situation and manipulate its elements and see their changes in his mind.


Einstein was not only a visual thinker, he was curious.  Curiosity causes us to ask, “What if…?” and “Why not?”

“I have no special talents.  I am only passionately curious.”  Albert Einstein

Einstein did not work all the time.  He frequently took breaks from his work to play the violin or to sail. His son, Hans relates that whenever Einstein came to a “dead end  or a difficulty in his work, he would often take refuge in music that would usually resolve all his difficulties.”   Making new connections with thoughts, things, and ideas by seeing the relationships between dissimilar objects leads to creating something new.  How many “aha!” moments have you had while not working on the problem, but simply driving, or taking a shower, or taking a walk?!  Breaks and rests are important in the creative process.  Your mind will continue to work on problems even while you sleep!  Did you ever wake up in the morning with an idea?!  or a solution?

“If I were not a physicist, I would probably be a musician.
I often think in music.
I live my daydreams in music.  I see my life in terms of music…
I get most joy in life out of music.”  Albert Einstein

Albert Einstein was also greatly influenced by artists and art.  He believed that the “arts and sciences were branches of the same tree… we do art when we communicate through forms whose connections are not accessible to the conscious mind yet we intuitively recognize them as something meaningful.”

“The greatest scientists are artists as well.”  Albert Einstein

Maybe we are not “Einsteins”, but we are full of creativity waiting to be developed and discovered – we have our own “genius” that God has designed us to step into!  It is worth our time to develop our ability to think visually, to think creatively.

Take 10 minutes this morning to draw! 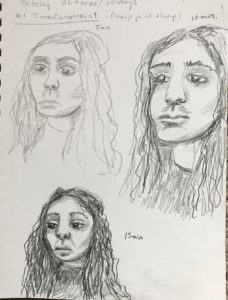 “Preparation is the surest demonstration of what a person believes.”

The Play and Pray retreat was just what the “Great Physician” ordered.  It’s been a while since I have been able to work with so many different mediums.  The choices were almost overwhelming.  Being creative is good medicine and I have always felt close to God when I get those creative juices flowing.  All the components were there for a truly creative AND spiritual experience such as the privacy of a natural surrounding, a menagerie of art mediums and supplies , prayer, healthy food, and n… END_OF_DOCUMENT_TOKEN_TO_BE_REPLACED